How to Use the Z-Score to Find Your Perfect Prospect

Our past blogs have walked you through creating a Zebra profile, building a pushbutton Zebra, and scoring a prospect to obtain the Z-score. Now, you will learn how to use that score.

As with the pushbutton Zebra, the scoring system is a living system. Your first score isn’t necessarily the final one for a prospect. After every prospect contact, revisit and update the Z-score, looking for ways to improve it for each low-ranking characteristic.

The Zebrafi software provides a color-coded scoring system. If you are using a spreadsheet, you might institute something similar to make it easy to read at a glance.

A perfect Z-score would be 28. Seven characteristics times a score of four.

The system is reasonably intuitive. Red means a prospect looks like a Zebra but it’s too early to be sure. Green is the ultimate goal for prospect advancement through the buying cycle. Accounts in green have over a 90% probability of closing.

Let’s walk through it.

A red score isn’t always bad. It just means the prospect has been entered into the system and scored because it looks like a Zebra. It’s early in the buying cycle, and sales needs more discovery before scoring can move forward.

The next critical step is to meet with Power. After that, you can determine if you should expend more resources on this prospect or label it a non-Zebra. If you reach a final score of less than ten and cannot engineer a meeting with Power, consider removing this prospect from the pipeline.

Prospects that start out Red have little probability of closing unless you can get the score up to at least 19.

Yellow is a mid-range score that indicates some risk in pursuing the opportunity. You need to assess where you are strong and where you are weak for selling to this prospect.

Once you identify your weaknesses, develop a strategy to improve on them.

At the beginning of the sales quarter, a yellow score usually shows a prospect with a 50% probability of closing by the end of the quarter. At yellow, if you can’t advance the score you may have a stalled prospect. Yellow is where deals go to die if you don’t pay attention to them.

For example, if a deal is struck with a yellow score, and it doesn’t advance month to month, there appears to be hope where there is none. Yellow scores and no advancement result in overstated forecasts and a queasy stomach.

ZebraFi has built-in alerts for stalled sales, so sales and management don’t forget to activate a plan. If you use a spreadsheet, you need to find a way to keep these prospects front and center.

Green is where you want all your prospects to be. Also, once a prospect reaches green, don’t waste resources trying to push the final score higher. It won’t get any greener. The prospect is ripe for closing.

Back to C3 and Transformers

If you recall in Selling to Zebras, the Z-score for Transformers is 18. That puts the prospect in the Yellow, meaning there is still some risk of not closing. Kurt must narrow his focus on the low attribute scores and strategize a possible solution with the team to improve those scores.

Once you build your pushbutton Zebra, use your new scoring system on your best customers. What is the average score?

Do the same with your last five wins. What is the average score for those?

Next, score prospects that ultimately bought from a competitor. What is the average score here? How does it compare to your wins?

Going through this process helps you prove and improve the accuracy of your Zebra profile and PBZ. It gives you additional insight into what makes a Zebra.

Now, take your pushbutton Zebra and score your entire sales forecast pipeline using your Z-score system. What is the average Z-score of the pipeline? Based on the Z-score for each prospect, which deals should you remove from the pipeline?

While you are mulling that over, we prepare to look at forecasting using the Z-score in the next post. 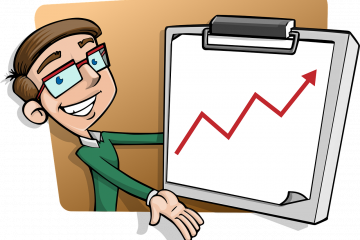 Saas Sales: Why You Need To Explore Your Ideal Customer’s Pain Points

You found common characteristics between your best customers when you developed your ideal customer profile (or your zebra profile). Your best prospects have the same characteristics. But in order to have an improvement in your Read more… 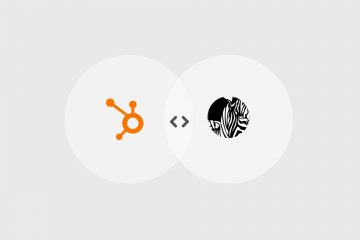 Announcing the Hubspot and Zebrafi integration

What is Hubspot Sales Hub? Sales Hub is one piece of Hubspot’s full CRM platform. Hubspot also has marketing, service and CMS offerings in their full suite of products. How do I set up this Read more… 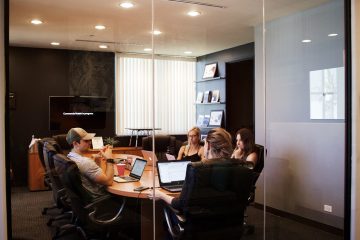 Hypotheticals don’t demonstrate quantifiable results your solutions can offer to prospects. Metrics-driven case studies based on previous client experiences are a powerful way to communicate how your initiatives will add value to their business financially Read more…